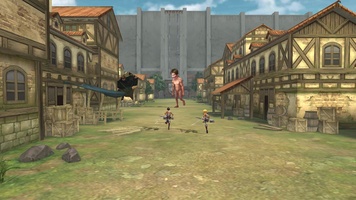 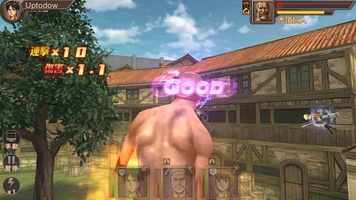 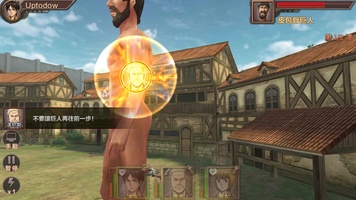 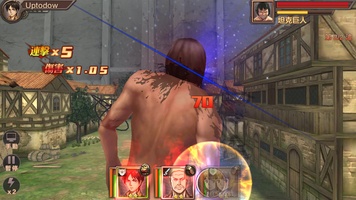 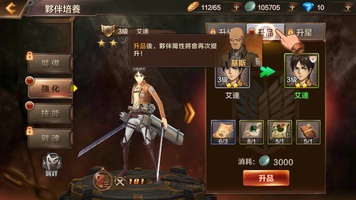 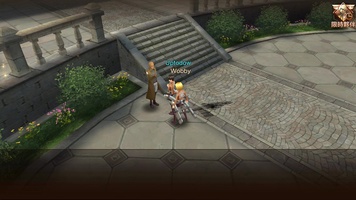 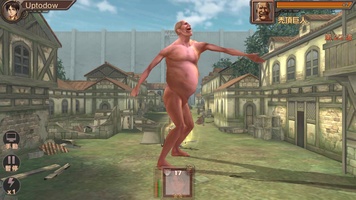 Advertisement
Attack on Titan – Dedicate Your Heart is a video game that mixes elements of a typical RPG with action from the ubiquitous popular manganime Attack on Titan. Here, players relive the original plot, only this time you name your own protagonist and go through some of the most mythic scenes in this anime -- obviously whilst also taking down titans.

Combat systems in Attack on Titan – Dedicate Your Heart, is similar to other rhythmic titles like Elite Beat Agents. You tap certain points on your screen at exactly the right time in order to inflict maximum damage. The more successful attacks you perform, the more your special skills power recharges. And watch out, because special attack skills are totally devastating.

Between one fight and the next, players visit the city of Attack on Titan to talk to other characters in this anime. You'll also meet up with other players; recruit new characters and level up your heroes to improve their attributes and much more.

Attack on Titan – Dedicate Your Heart is an outstanding game that has original combat systems, a huge array of stunning visuals, and a ton of anime scenes. All in all, this game is a sweet deal for fans of this popular manganime, and it comes with literally hours of prime Attack on Titan content.
Reviewed by Andrés López

Why is this app published on Uptodown?
(More information)

This game is closed

The game does not work why?

It does not work

Similar to Attack on Titan

Genshin Impact
An open-world RPG with spectacular graphics
Brawl Stars
3-on-3 battles from the creators of Clash Royale and Clash of Clans
League of Legends: Wild Rift
The MOBA king deploys its arsenal on Android
Cookie Run Kingdom
The sweetest kingdom is back
Guild of Heroes
Join the company of these great heroes
Magic Rush: Heroes
Role-play and tower defense in a single game
Marvel Puzzle Quest
The superheroes have taken over the ledgendary Puzzle Quest
Summoners War: Sky Arena
Summon monsters and defeat your rivals